3D CHARACTERS
One of the best aspects of 3d animation is all about its important characteristic of creating realistic objects and also treating every 3d modeled as a physical entity. One can create objects which looks solid along with that can be moved from below or above through camera angle. In the world of 3d animation, creating 3d characters is considered as one of the trickiest affairs to build believable character.

Following are its most relevant points:-

Add a pinch of Real life experience – Audiences feel more attracted if characters are created with real-life experiences involved in it. One can create characters with adding something spicy into it like new proficiency, new oddity or something related to her past love life etc.

Make lots of research before building your character– The main importance of doing research while creating believable characters is to get a real life feel about them. If a designer wants to create 2d or 3d characters then it’s necessary for them to get into minute details so that audiences can relate to them. For e.g., if you want to make story line which is featuring a doctor, unless you are a doctor in real life then only one can do justice while making it perfectly like the way it is. Or else there comes need of doing lot more research in that field so as to develop characters which looks more believable and realistic.

Decide firstly about characters world-One of the best way to create believable 3d characters is to create attention grabbing and believable world for them. It’s advisable to make fictional characters with their world so that audiences can get a real-life feel from it and they get very much influenced from them. For e.g. their country, their city in which they reside, their exact work location etc.

Let your characters get evolved-It’s believed that static characters look so boring and unrealistic so it’s better to add evolve and grow your character. This helps in making characters more interesting and meaningful to their audiences and even looks like the story is moving forward to them.

Don’t go for perfection-It’s believed that one should name their characters and world will start recognising them after that. Equally important is not to try to be perfect in terms of designing them or even during the making of the story line.

At C-Design, we specialise in character design and animation services with a help of talented team of animators who are very much capable of transforming any character into visual animated character. We provide specialised services like 3D and 2D character animation, flash character animation, 3D Illustration, Rendering & Modeling, character modeling, 2D and 3D cartoon animation, and 3D design, bringing your character to life on different forms of media. We provide rightly designed characters as they carry immense value not only for company’s brand images but also helps in training, video presentation or any marketing campaign. 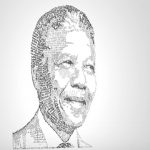